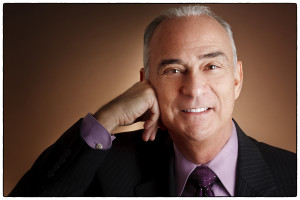 Having published his first freelance magazine article in the early 1970s, Barton Horowitz joined the Staten Island Advance in 1996, establishing himself as a successful journalist following a rewarding 25-year entrepreneurial career in retailing.

In May 2007, he was named Advance Senior Business Writer and Columnist. Earlier in his Advance career, Bart conceptualized, helped launch and edited “Your Money,” the Advance’s first weekly section in its 123-year history devoted to finance and other issues of consumer interest.

During his many years at the Advance, Bart had covered breaking business-news, spoken before numerous Island organizations about public relations and other business topics, and volunteered for many local causes. As a result, he continues to enjoy lifelong friendships with the heads of major business organizations both on and off the Island.

A native of Brooklyn, N.Y., Bart grew up in the seaside community of Brighton Beach, where he attended Abraham Lincoln High School. After graduating from Lincoln, he continued his education at the Brooklyn campus of Long Island University, where he earned a bachelor’s degree in English, with nearly as many credits in journalism.

Following graduation, Bart spent the better part of 25 years as an entrepreneur, operating retail establishments in both Manhattan and Staten Island. He later earned a post-graduate certificate in paralegal studies, with top honors, from Adelphi University –– and became a professional writer on a full-time basis.