Four Essential Questions To Ask Yourself When Conducting Business

NEW YORK  —  City Councilwoman Debi Rose (D- District 49,  North Shore of Staten Island)  has created an online “blizzard clean-up” survey in response to the widely criticized clean-up effort that left residents of Staten Island stranded for days. The survey is accessible via Councilwoman Rose’s Facebook page and her twitter account or at http://surveymonkey.com/s/blizzardresponsesurvey. 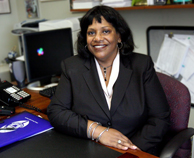 Councilwoman Rose, along with other Council colleagues, has called for a hearing to be held on the poor response of snow removal in the city; and on Tuesday, Council Speaker Christine Quinn announced that the hearing will be held on January 10, 2011.

“It is my hope that my constituents on the North Shore as well as citizens from all across Staten Island will answer this survey,” Councilwoman Rose said. “The data collected will provide great insight as to what areas were hit hardest, what bus lines failed and where the city went wrong with the clean-up on Staten Island. The results of the survey will be presented at the Jan. 10th hearing.”