NEW YORK (June 11, 2011)– New York City will roll out the welcome mat on Monday for the first time in history as home of the celebrated Miss New York Pageant. 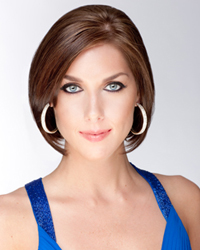 Mayor Michael Bloomberg will welcome the 22 contestants of the upcoming statewide pageant on the steps of City Hall at 1:30 p.m..

The pageant, a 71-year-old tradition, had been a fixture in the upstate towns of Olean and Watertown, prior to running in Long Island and Albany. The St. George Theatre has been chosen by pageant operators as the new, permanent venue of the annual event.

Following their meeting with the mayor, the contestants will ride the Staten Island Ferry to the “Borough of Parks,” where they will be greeted at a reception hosted by Staten Island Borough President James Molinaro.

That evening, they will enjoy a welcome dinner hosted by hoteliers Richard and Lois Nicotra, and the Hilton Garden Inn on Staten Island. A highlight of the evening will be the 2011 Mr. New York Contest, a fund-raising gala for the Miss New York Organization and the Empire State Educational Scholarship Fund.