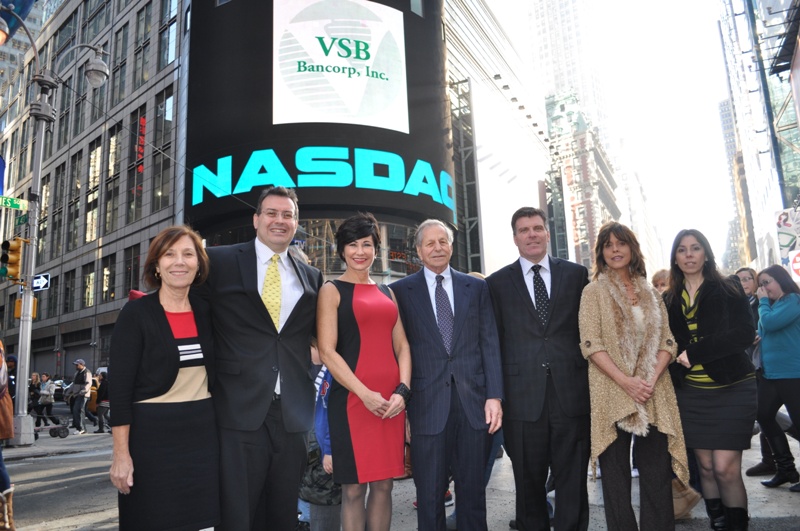 and other business hurdles

A meeting in 1995 between businessman Joseph J. LiBassi, banking and real estate attorney Joan Nerlino Caddell, and other local business leaders concluded that a huge gap existed between local banking services and the needs of the commercial community on Staten Island.

Business leaders knew from the start that something needed to be done to fill the void between Island businesses and banking satisfaction. The determination of LiBassi and his team resulted in the 1997 formation of Victory State Bank, which today is the only community-based commercial bank on Staten Island.

“It seemed obvious to us back then that large banks displayed little interest in supporting Staten Island’s business community,” said LiBassi, founder and chairman of Victory State Bank, who recently recalled the bank’s historic beginning, and critical support of Ralph Branca, Victory State’s president and CEO.

“Ralph was essential in helping us formulate our strategic financial plan,” LiBassi said.

In 2003, the bank’s holding company, VSB Bancorp Inc., was formed, and Victory State embraced the symbol “VSBN” as it converted to a publically traded company on the NASDAQ Global Market. Since 2008, the bank has paid its stockholders a dividend every quarter.

Upon becoming operational, Victory State worked swiftly to close the Island’s financial divide between local enterprises and the fulfillment of their banking needs.

“We made loans to Staten Island businesses that larger banks, such as Citi, Chase and Bank of America, turned down,” LiBassi said. “We demonstrated from the beginning that we truly care, and both Victory State Bank and the local business community have benefited as a result.”

Victory State Bank recently marked its 15th anniversary with a touch of Wall Street fanfare after years of successful growth amid challenging regulatory demands, rollercoaster shifts in the economy, and other business hurdles.

NASDAQ celebrated the bank’s milestone in late November, providing Victory State representatives with a tour of its MarketSite building and state-of-the-art digital broadcast studio in midtown Manhattan. The event concluded with Branca and LiBassi ringing the closing bell of the trading day.

At the time of Victory State’s launch, New York City had not experienced the opening of a new bank for 17 years. And, as many are aware, the past 15 years have not provided a completely smooth ride for the U.S. economy and banking industry as a whole. Today, the Island bank stands as one of only 18 that remain from a total of 42 banks that opened in 1997 along the Mid-Atlantic corridor.

“I remember thinking, ‘Why not start a bank?’” LiBassi said with a smile.

For him and his associates, building such a business endeavor from scratch was a lofty ambition filled with a litany of obstacles and questions.

The steps were arduous.

To begin with, industry regulators at the time required would-be bank founders to raise $7 million within a time frame of 90 days; and before being considered for a bank charter, a corporation needed to be established, a management team had to be assembled, and a location and signed commercial lease needed to be in place. In addition, regulators required that a board of directors be formed, and subsequently vetted with extraordinary scrutiny.

Local investors and business leaders answered the call, Branca said. “We met each requirement. And, perhaps most meaningful of all – we raised most of the required $7 million from the community of Staten Island, underscoring our essence as a true community bank.”

LiBassi noted that the starting capital required by regulators has risen since 1997 from $7 million to $50 million.

“Barring unforeseen regulatory changes, this makes Victory State Bank, in probability, the final bank to be originated on Staten Island,” he said.

For Victory State Bank, other matters of significance have changed with the years, as well.

For example, the bank’s first and former location on Amboy Road in Oakwood, has been replaced by five full-service locations on the Island, including a main office in Great Kills, and branches in the communities of West Brighton, St. George, Dongan Hills and Rosebank; subject to regulatory approval, a pending sixth branch, located in the Charleston/Tottenville will be added; the Victory State family has expanded from a starting staff of a dozen members to 55 employees; the bank’s initial capitalization of $7 million has blossomed into $27 million, and each primary investor’s minimum purchase of 200 shares of VSBN stock for a total of $2,000 in 1997 is today worth two-and-a-half times the original cost.

One of the bank’s secrets of success might be attributed to the way it deals with financial responsibilities.

According to a report released earlier this year by the trade publication Bank Director, Victory State is ranked as one of the top 50 publically traded U.S. banks in regard to handling capital on behalf of shareholders.

VSB Bancorp scored 28th on the industry publication’s “Nifty 50” list, making it the only bank in New York state to qualify for the distinction.

“We have to continually balance the return we generate for our stockholders with maintaining the strength of our company,” Branca said at the time. “Our position on the ‘Nifty 50’ demonstrates our commitment to both ideals.”

Further fueling the success of Victory State Bank is its culture of providing good old-fashioned neighborly service and contributing to the community at large.

Phones at the bank are answered by “real people,” not by machines, LiBassi points out. “And the bank’s top executives are readily available to customers,” he said. “There is no ivory tower here.”

The bank regularly reaches out, at times partnering with local groups and city agencies, to provide free programs in financial literacy, as well as dispensing educational materials to business owners and consumers through its Web site/blog at http://www.victorystatebank.com.

“From the very start, our success has been driven by the people of Staten Island; our employees, who are dedicated to providing optimum service to the community, and our board members, who are committed to growing Victory State Bank in tandem with a flourishing businesses community,” Branca said. “We are proud to be primarily owned by the residents of Staten Island.”