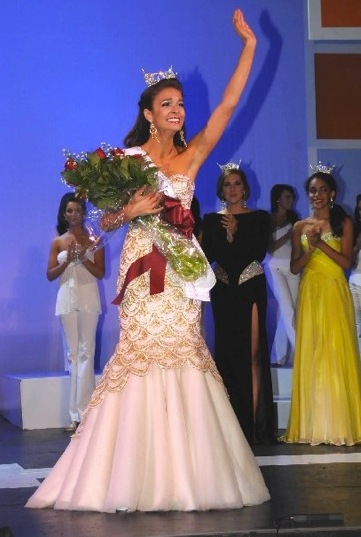 The event, held in the St. George Theatre in Staten Island, N.Y., will go down in history as the pageant’s New York City debut.

The pageant had been a fixture in the upstate towns of Olean and Watertown, prior to running in Long Island and Albany. The vintage St. George Theatre has been chosen by pageant operators as the new, permanent venue of the annual event.

The first runner-up was Miss Manhattan Mallory Hagan. The other runners-up included:

Each of the women received scholarship prizes. Ms. Monte was presented with an $8,500 scholarship, the largest in the pageant’s history.