4 Questions You Need To Ask Your Public Relations Firm

New York – A lawyer who handles accident cases for a living has proven that writing top-notch songs is no accident. 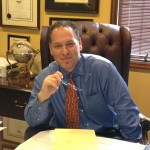 “I’m really humbled, honored and blown away for my songs to have been selected once again from among some 2,000 competing submissions. I’m also very happy for my co-writers, Jason Eustice of Hendersonville, Tenn., and Chris Corley of Middletown, N.J.,” D’Agostino said.

Beginning on Feb.1, both songs will be posted on nsai.cmt.com along with the other 8 competing finalists. Fans are encouraged to visit the site to listen to — and vote for — their favorite. Voting will be open throughout the month of February.